Introduction to Antenna Basics provides the first part of the basic physics required to understand how antennas transmit and receive information. This article will extend the concepts of the previous article to include near and far field radiation patterns, permittivity, directivity, and gain.

What's Happening inside an Antenna Wire?

Above is a demo of a radiating charge simulation from the University of Colorado. You can play with it here.

At first, the sine-wave generator moves the charges in one direction, creating electric and magnetic fields that grow as the voltage increases. The fields are constantly changing during this time, and the changes in the field propagate outwards at the speed of light—fast, but finite.

Radiation produced by a Hertzian dipole.

I highly encourage you to look at a superior set of videos by Dr. John Belcher from MIT that better illustrate field line changes. And, if you remember multivariable calculus, Purcell's Electricity and Magnetism presents the topic in far more detail than I provided in the preceding discussion.

The region close to an antenna, d≪λ, is termed the near field and is dominated by magnetic fields.  A transition zone exists for one to two wavelengths, and then there is the far-field region of an antenna, d>2λ, where the electric field becomes more regularly patterned and dominates.

Most antennas operate in the far field and transmit information over long distances through changing electric fields. Near-field antennas, which utilize strong magnetic fields in the region near an antenna, are becoming increasingly popular even though the range of near-field communication is limited to a few wavelengths.

Even though radio transmitters such as the nRF24 and Bluetooth devices have limited range, they still use far-field communication—the electric field is transmitting the information. RFID tags and NFC tags have very short ranges and use near-field (i.e., magnetic-dominant) communication.

The animation above shows contours of constant radiation power density, propagating outward with time, traced in a plane that passes through a vertically oriented dipole antenna. This is a two-dimensional slice of a three-dimensional radiation pattern.

Different antenna designs produce different radiation patterns. The complexity of the pattern depends on the antenna's design and construction. 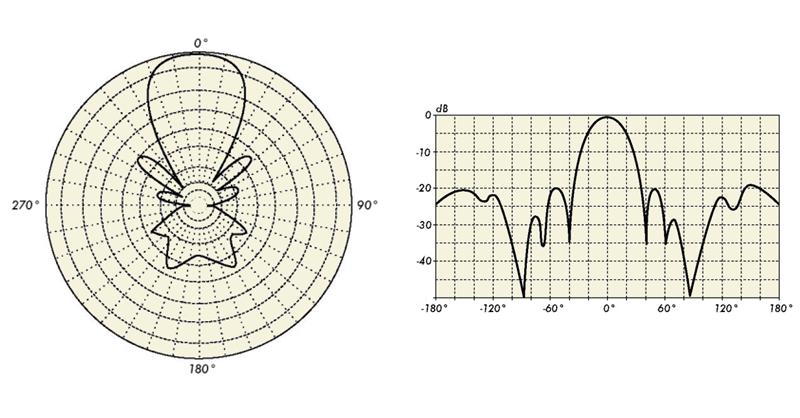 Polar and Cartesian representations of a radiation pattern for a Yagi antenna.

Michael Faraday noticed that when dielectrics (insulators) are placed in the gap between the plates of a parallel-plate capacitor, the capacitance increases. This phenomenon is due to charge polarization inside the dielectric medium.

Permittivity is a measure of how readily those charges can align themselves (polarization) in the presence of an electric field. Higher permittivity indicates greater resistance to forming an electric field, and also slower propagation of a disturbance through the medium.

When an antenna is embedded in a high-permittivity material, the size of the antenna can be reduced in accordance with the decreased wavelength of the electromagnetic waves in the immediate vicinity of the antenna.

Some early GPS antennas (f = 1.56 GHz) were 60 mm by 60 mm and several mm thick, with circuitry that further increased the unit's size. By pairing circuit miniaturization techniques with the latest generation of microstrip patch antennas embedded in high-permittivity materials, GPS units that include antenna and circuitry can be produced in a miniaturized 4 mm by 4 mm by 2.1 mm thick form factor.

Similar techniques are used to allow and cell phones to have resonant antennas that are substantially smaller than the wavelength associated with propagation in air.

Magnetic permeability is the ability of a material to store energy in magnetic fields. Recall that the signals emitted from antennas are in the form of electromagnetic radiation—both electric and magnetic fields are involved. Thus, it is not surprising that permeability, like permittivity, affects the propagation of electromagnetic waves. Indeed, both permittivity and permeability result in slower wave speed and decreased wavelength.

To reinforce the idea that permittivity and permeability influence the speed (and the wavelength) of electromagnetic radiation, we can consider the "speed of light," which is actually the speed not only of light but of electromagnetic radiation in general. The speed of light in a vacuum—the fastest speed in the universe, denoted by c—is calculated using the permittivity and permeability of free space:

Isotropic antennas are theoretical point sources that spread electromagnetic energy equally in all directions. The total radiated power is determined by integrating the power flux density over the surface of a sphere of radius r that surrounds the antenna (Surface Area=4πr2).

Peak directivity (or simply directivity) is the ratio of the power density of the physical antenna in its most concentrated direction to that of a theoretical isotropic emitter of the same total power transmission level.

Directivity is expressed as an ordinary number representing the ratio or in dB, with larger numbers representing more focused beams. An antenna that radiated equally well in all directions would have a directivity of 1 (0 dB.) The Hertzian dipole presented earlier has a directivity of 1.5 (1.76 dB), owing to the lack of energy transmitted in the z-direction.

Antennas can be used in different applications based on their directivity:

Parabolic antennas (such as those used in satellite television receivers) have a typical "directive gain" (or simply "gain") of 37.5 dB. Antenna gain incorporates directivity as well as the efficiency of the antenna.

Efficiency accounts for the actual losses of a particular antenna design due to manufacturing faults, surface coating losses, imperfections, impedance mismatch, or any other factor. While directivity is always greater than or equal to 1 (0 dB), antenna gain can be less than 1 (0 dB).

Reflectors redirect the energy that would radiate behind an antenna such that it propagates in the forward direction.

An example of an antenna reflector can be seen in the following image of one of the Voyager spacecraft. 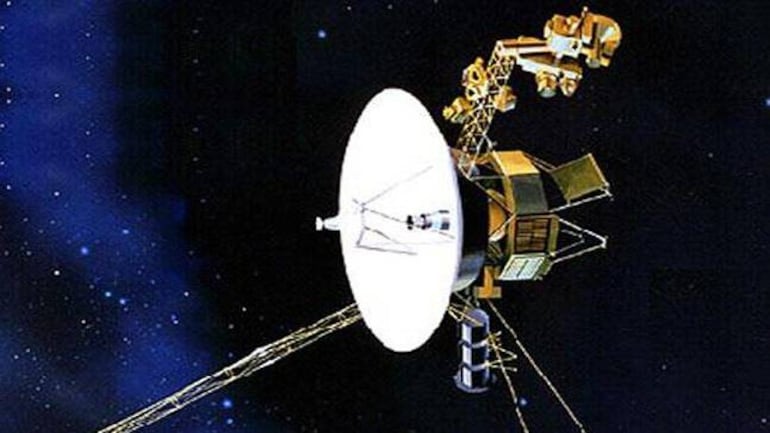 When receiving, it captures energy from a large area and reflects it toward a receiving element. When transmitting, it concentrates electromagnetic radiation along a central axis. The gain provided by antennas such as this one greatly aids in successful transmission of information over very long distances. 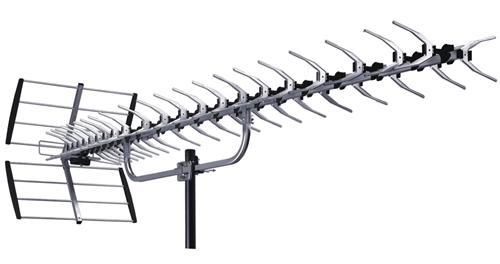 Like reflecting elements, directing elements are added to antennas to shape the radiation pattern. Their length and spacing are designed such that they absorb energy and reemit it in phase with the waves traveling directly to the receiving element or directly from the transmitting element. This creates constructive interference that applies only to the antenna's forward direction; waves that come from the side are absorbed and reemitted out of phase, leading to destructive interference. 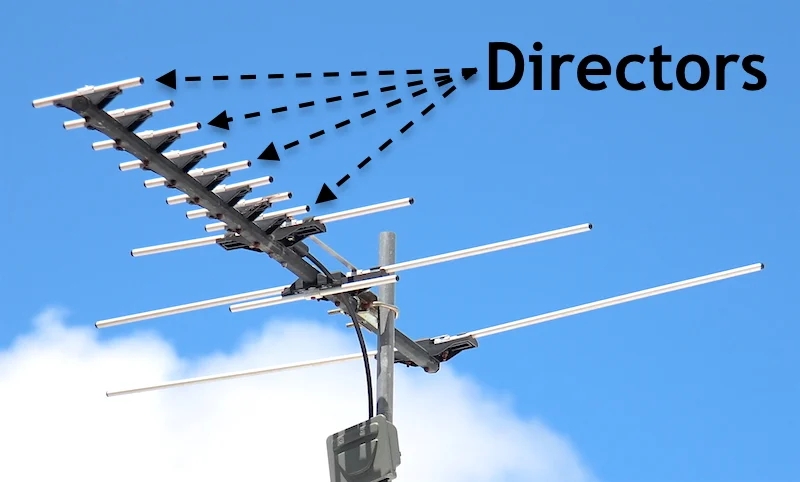 You could make a career out of designing and testing antennas, but you will more likely be called on to understand the specification sheet of an antenna and how to incorporate the antenna into your design.

I hope this article and the one that preceded it in the series are able to provide you with a better understanding of antenna behavior and characteristics. Please feel free to comment here or post in the forum if you have further questions.