“RYRR10S RFID module, provided by REYAX, does the same thing as snakes, safeguarding the belongings of people who use it with its high sensitivity. Smart locks are one of the popular applications, for instance.”

They are always there, guarding the safety and security of people. In the myths of Greece and Rome, snakes are the symbols of healing, rebirth, and protection. All the important ancient Greek temples were guarded by snakes, the Serpentine Column was found originated from the Delphi temple of Apollo, and snakes also appeared on the sculptures at Parthenon. People in the days respected snakes, while snakes protected the people from danger and disasters.

RYRR10S RFID module, provided by REYAX, does the same thing as snakes, safeguarding the belongings of people who use it with its high sensitivity. Smart locks are one of the popular applications, for instance.

RFID (Radio-Frequency Identification) is a mature technology that is widely used in daily life. In our previous article “RFID Solutions in Smart Logistics”, TECHDesign has briefly introduced RFID technology, which was first invented in the 1970s and now is applied in industries that require fast identification with low cost. “The short transmission range and encryption characteristics make RFID suitable for electronic identity verification.” Pointed out by TECHDesign, in another article “Adopting RFID for Electric Vehicle Charging Authentication”. The article has further recommended RFID modules RYRR20I and RYRR30I from REYAX for readers.

Currently, a whole new RFID module RYRR10S is launched by REYAX. The operating voltage of RYRR10S ranges from 2.7 to 5.5V, the operating temperature ranges from -25 to 85°C, and the RF output power is around 55 mW with 3V VDD. It is worth mentioning with higher sensitivity, RYRR10S can transmit the RF signals as far as 8 centimeters, which reaches a 60% improvement compared to other modules. The internal antenna makes RYRR10S more stable and the built-in firmware from STMicroelectronics makes it easy to operate.

Table 2. The comparison between RYRR10S and other RFID modules (Source: REYAX)

All RFID-related applications such as drivers’ trackers, EV chargers, smart readers, and smart locks that were stated above, can be easily realized by RYRR10S. Moreover, the most appealing thing is that it only costs you USD 9 to get an RYRR10S RFID module at TECHDesign!

A sculpture in Angkor Wat depicted this legend: after seven dark days with storms, nāgas were born from the underground guarding and protecting the Buddha with their power. RYRR10S, with a snake on it, also symbolizes the image of a guardian looking after important treasures. Now, time to let go of your curiosity, and come visit TECHDesign directly to experience all the advantages of RYRR10S! 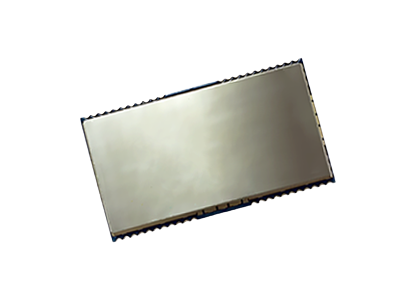