Everything You Need to Know About Magnetic Induction

Wireless power was initially demonstrated and introduced by Nikola Tesla, who discovered the magic of magnetic resonant coupling back in the late 19th century. Cut to the 21st century, today’s wireless charging solution development relies on three major approaches. First, there’s tightly coupled inductive charging, in which the transmitter and receiver need to be tightly coupled and in close proximity with each other for the energy transfer to occur. Next, there’s the loosely-coupled resonant charging that can transmit power over very short distances and in higher misalignment (a few inches at most). Both inductive wireless charging and resonance are based on magnetic induction.

What is Magnetic Induction?

Magnetic induction is a means of creating an alternating electromagnetic field to safely and efficiently transfer energy between a transmitter unit and a receiver unit, both of which contain an induction coil. When placed near the transmitter, the receiver unit receives the electromagnetic field and converts it into power. Using in-band signaling to communicate, the two units can regulate power levels and manage the power transfer accordingly. 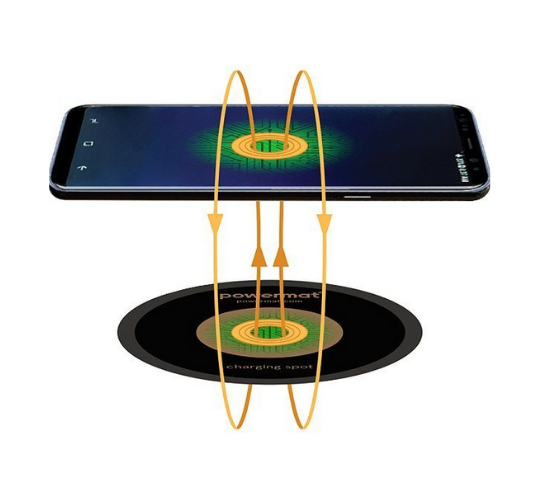 Powermat’s  Smartinductive™ wireless charging solution enables the transfer of power over long distances and even through walls and supports charging at high misalignment. The system includes advanced auto-calibration enabling the system to automatically calibrate the system working point and support varying distances and misalignment between the transmitter and the receiver coil. The technology supports tightly coupled designs (high k>0.4) and very loosely coupled systems (low  k=0.01) in a single solution that works at a resonance frequency. Powermat’s Smartinductive™ technology is applicable to various use cases, ranging from Qi-certified solutions (up to 15W) for automotive in-cabin chargers to mid-range charging of IoT infrastructure, robots, and more.

To fully understand the differences, we’ve prepared a comparative analysis of the different approaches to wireless charging technology described above: The Future of Wireless Charging Technology Solutions is Already Here

The Pros and Cons of Wireless Charging 2021