Mike Zelkind stands at one end of what was once a shipping container and opens the door to the future.

Thousands of young collard greens are growing vigorously under a glow of pink-purple lamps in a scene that seems to have come from a sci-fi movie, or at least a NASA experiment. But Zelkind is at the helm of an earthbound enterprise. He is chief executive of 80 Acres Farms, with a plant factory in an uptown Cincinnati neighborhood where warehouses sit cheek by jowl with detached houses.

Since plants emerged on Earth, they have relied on the light of the sun to feed and grow through the process of photosynthesis.

But Zelkind is part of a radical shift in agriculture — decades in the making — in which plants can be grown commercially without a single sunbeam. A number of technological advances have made this possible, but none more so than innovations in LED lighting.

“What is sunlight from a plant’s perspective?” Zelkind asks. “It’s a bunch of photons.”

Diode lights, which work by passing a current between semiconductors, have come a long way since they showed up in calculator displays in the 1970s. Compared with other forms of electrical illumination, light-emitting diodes use less energy, give off little heat and can be manipulated to optimize plant growth.

In agricultural applications, LED lights are used in ways that seem to border on alchemy, changing how plants grow, when they flower, how they taste and even their levels of vitamins and antioxidants. The lights can also prolong their shelf life.

“People haven’t begun to think about the real impact of what we are doing,” says Zelkind, who is using light recipes to grow, for example, two types of basil from the same plant: sweeter ones for the grocery store and more piquant versions for chefs.

For Zelkind, a former food company executive, his indoor farm and its leading-edge lighting change not just the way plants are grown but also the entire convoluted system of food production, pricing and distribution in the United States.

High-tech plant factories are sprouting across the United States and around the world. Entrepreneurs are drawn to the idea of disrupting the status quo, confronting climate change and playing with a suite of high-tech systems, not least the LED lights. Indoor farming, in sum, is cool.

It has its critics, however, who see it as an agricultural sideshow unlikely to fulfill promises of feeding a growing urbanized population.

Zelkind agrees that some of the expectations are unrealistic, but he offers an energetic pitch: He says his stacked shelves of crops are fresh, raised without pesticides and consumed locally within a day or two of harvest. They require a fraction of the land, water and fertilizers of greens raised in conventional agriculture. He doesn’t need varieties bred for disease resistance over flavor or plants genetically modified to handle the stresses of the field. And his harvest isn’t shipped across the country in refrigerated trucks from farms vulnerable to the effects of climate change.

“We think climate change is making it much more difficult for a lot of farms around the country, around the world,” he says, speaking from his office overlooking a demonstration kitchen for visiting chefs and others.

In addition to shaping the plants, LEDs allow speedy, year-round crop cycles. This permits Zelkind and his team of growers and technicians to produce 200,000 pounds of leafy greens, vine crops, herbs and microgreens annually in a 12,000-square-foot warehouse, an amount that would require 80 acres of farmland (hence the company’s name).

Zelkind says he can grow spinach, for example, in a quarter of the time it takes in a field and half the time in a greenhouse. Growing year-round, no matter the weather outside, he can produce 15 or more crops a year. “Then multiply that by the number of levels and you can see the productivity,” he said. Michigan State University researchers Erik Runkle and Qingwu Meng are studying how LED light recipes affect the growth and other qualities of the redleaf lettuce variety Rouxai. Light intensity is measured in micromoles

But it is the LED lighting that has changed the game. Conventional greenhouses have relied on high-pressure sodium lamps to supplement sunlight, but HPS lights can be ill-suited to solar-free farms because they consume far more power to produce the same light levels. They also throw off too much heat to place near young greens or another favored factory farm crop, microgreens. Greenhouses, still the bulk of enclosed environment agriculture, are moving to a combination of HPS and LED lighting for supplemental lighting, though analysts see a time when they are lit by LEDs alone.

In the past three years, Zelkind says, LED lighting costs have halved, and their efficacy, or light energy, has more than doubled.

Production in the Cincinnati location began in December 2016. In September, the company broke ground on the first phase of a major expansion 30 miles away in Hamilton, Ohio, that will eventually have three fully automated indoor farms totaling 150,000 square feet and a fourth for 30,000 square feet of vine crops in a converted factory. (The company also has indoor growing operations in Alabama, North Carolina and Arkansas, which acted as proving grounds for the technology.)

“We feel the time is right for us to make the leap because the lighting efficiency is there,” Livingston says. Grower Julie Flickner inspects kale at 80 Acres Farms. Growing year-round, no matter the weather outside, the vertical farm can produce 15 or more crops annually. The produce is sold in Cincinnati-area grocery stores and restaurants. (Maddie McGarvey/For The Washington Post)

The visible spectrum is measured in minuscule wavelengths, shifting at one end from violet-blue light through green to red at the other. For decades, scientists have known that photosynthesis is optimized within the red band, but plants also need blue lightwaves to prevent stretching and enhance leaf color. A barely visible range beyond red, known as far red, promotes larger leaves, branching and flowering. With advances in LED technology, light recipes — determining the number of hours illuminated, the intensity of photons directed at plants and the mix of colors — can be finely tuned to each crop and even to each stage in a crop’s life.

Given the evolving nature of the technology and its enormous commercial potential, light manufacturers and universities, often in collaboration, are actively involved in research and development.

“We have a completely new era of research,” says Leo Marcelis, a horticulture professor at Wageningen University in the Netherlands. Tweaking light recipes has allowed researchers to manipulate crops in a way never seen before. In the lab, chrysanthemums have been forced into bloom without the traditional practice of curtailing their daily exposure to daylight. This will allow growers to produce bigger plants in flower.

“It’s to do with playing around with the blue light at the right moment of the day,” Marcelis says. “Its internal clock is affected differently, so it doesn’t completely recognize it’s still day. There are so many amazing responses of the plant to the light.”

Lettuce, for example, likes as much as 18 hours of light per day, but basil prefers brighter light for 15 hours, says Celine Nicole, a researcher for Signify, formerly Philips Lighting. “Every plant has its own preference,” says Nicole, who conducts research at the company’s high-tech campus in Eindhoven, Netherlands. She has already tested 600 types of lettuce.

Although the permutations are still under study, the sun suddenly seems so analog. “The spectrum from sunlight isn’t necessarily the best or most desirable for plants,” says Erik Runkle, a plant scientist at Michigan State University. “I think we can produce a better plant” with LED lights, he says. “The question becomes: Can you do it in a way that is cost-effective considering the cost of plants indoors?

The answer seems to be yes. LED light shipments to growers worldwide are expected to grow at an annual average rate of 32 percent until 2027, according to a market report by analysts with Navigant Research in Boulder, Colo. Shipments of LED lights will overtake those of legacy lights starting next year, says Krystal Maxwell, who wrote the report with Courtney Marshall.

Most of the growth will be as supplemental lighting in greenhouses, but vertical farms are seen as an alternative production system that will develop alongside greenhouses, not displace them, Marcelis says.

Runkle estimates there are 40 or more vertical farms in the United States, and new ones are opening every year with the help of deep-pocketed investors. In some of the biggest deals, AeroFarms, headquartered in Newark, last year raised a reported $40 million. Plenty, a grower based in South San Francisco, raised $200 million in 2017 for a global network of vertical farms. (One of the backers is a venture capital firm created by Amazon founder Jeffrey P. Bezos, who also owns The Washington Post.)

Zelkind declined to reveal his capital costs, but for start-up entrepreneurs, LED-driven vertical farms can be one of the most lucrative forms of agriculture. “Based on manufacturers and growers I have talked to, that’s where the money is,” Marshall says.

Critics argue that a lot of the hype around indoor farming is unwarranted, saying it won’t fulfill promises of feeding an increasingly urbanized planet and reverse the environmental harm of industrialized agriculture, not least because most staples, such as corn, wheat and rice, cannot be grown viably indoors.

Also, to build enough indoor farms for millions, or billions, of people would be absurdly expensive.

Runkle says vertical farming “shouldn’t be considered as a way to solve most of our world’s food problems.” But it is a viable way of producing consistently high-quality, and high-value, greens and other plants year-round.

Zelkind says what he’s doing may be novel, but it’s just one component of how we feed ourselves in this century. “We shouldn’t overblow what we do. Eventually it’s going to become more important, but vertical farming alone isn’t the cure-all.”

He adds, however, that “there’s no reason today to ship leafy greens from California to Ohio.”

Livingston likens LED-raised food to the advent of smartphones. “Five years from now everyone is going to be living with indoor farming and wonder how we did without it,” she says. 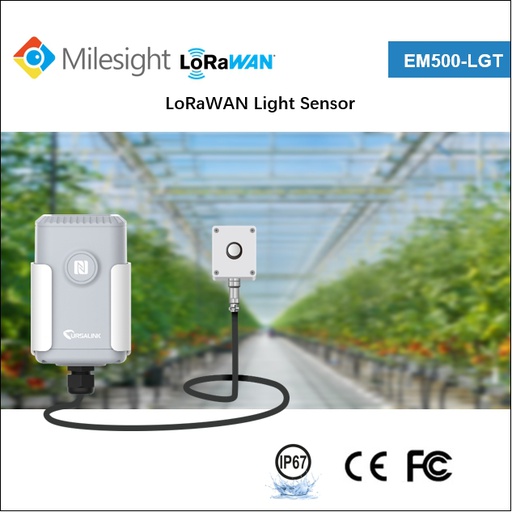