There are many different options for motion detection, but which one best suits your needs? Here I look at some of the most widely used motion sensor technologies and explore the situations in which each can be used to its strengths.

Choosing the right tool for the job

An important and often overlooked factor when choosing new components for your security system is how well they will integrate with your existing network. Security systems are at their most effective when made up of a collection of best-in-breed components working seamlessly together. So, before deciding on a new component for your system, ask yourself how it will fit into your existing network and whether it will work with components you might want to add in the future.

It is also worth noting that within the motion detection technologies I’ll be looking at, there will be significant differences in quality and effectiveness between individual products. The below is aimed at differentiating between the benefits of each technology when operating in the most appropriate environment.

Finally, and most importantly, choose a solution that fits the specific job. Every installation will come with its own challenges – be they budget constraints or challenging conditions – and each will require a tailored solution to meet the requirements.

Passive infrared (PIR) sensors pick up heat signatures from objects within their field of view. The sensor detects changes in the amount of infrared radiation it picks up, and when a threshold limit is reached the sensor will trigger whatever it is connected to – be it a light, alarm or camera. To learn more about how they work, click here.

This simple technology is effective in what it does, but the simplicity of the design brings with it inherent problems. For one, the output from the sensor is a very simple yes/no (e.g. switch the light on or don’t). The significance of this will become apparent when compared to alternative technology in this post. In addition, the way in which the PIR sensor operates also means that it doesn’t have the greatest range, and it can easily fall foul of obstructions (e.g. spider webs, leaves etc.) and passing heat signatures (e.g. Garfield, Peter Rabbit, Fantastic Mr. Fox etc.) that will trigger false alarms.

Negatives aside, PIR sensors are effective provided you are aware of their limitations. They work well in smaller indoor areas and don’t ‘see’ through windows – a problem sometimes encountered by video motion detection (VMD)And, given that they have been used in security systems for so long, they are also fairly affordable. As mentioned previously, there will be differences between PIR sensors at different ends of the market – make sure you choose one that suits your specific needs.

The VMD option combines the images generated by a security camera, with software that can analyze the images as they are captured. This takes place in much the same way as a camera operator sitting watching a video feed, but is automated and as such holds certain advantages (click here to learn more).

It is easy to visualize some of the downside s of this technology. Operating in the visible light spectrum, the camera is blind if there is not enough light, and open to blinding if there is too much backlighting. Even if using a sensor-activated light there will always be the problem of shadows. On the upside, video is a widely implemented security solution and adding a layer of analytics is fairly cost-effective.

This method of motion detection relies heavily on two key components: the quality of the image from the camera and the quality of the analytics software in use. There are a wide range of VMD technologies out there – some will allow you to make tweaks to settings, e.g. to only detect motion within certain perimeters, and some will simply detect any movement. Again, it is important to choose equipment that is suited to the situation in which it will be used.

First things first, thermal cameras are not really cameras in that they don’t pick up visible light. To oversimplify, they are sensors that create an image based on temperature differences between objects in their ‘field of vision’. To learn more about how thermal cameras work, click here.

Thermal cameras are marvellous pieces of kit. They have an excellent range, even if they do focus on a fairly narrow area, can pick up heat signatures through smoke and fog and are immune to many conditions that would be problematic to visible light cameras – shadows, darkness, backlight and even camouflaged objects. They also work with video analytics as described above, and are particularly effective when used in tandem with visible light cameras.

Whilst these thermal imaging cameras are highly effective, they do come with a similarly high price tag which can put the technology out of bounds in many cases.

To oversimplify once more, radar works by transmitting radio waves and receiving the same waves bounced off objects in its field of detection. For an in-depth explanation, check out the Wikipedia entry here. In terms of usefulness in a security system, this technology calculates distance, velocity and size of objects in relation to the detector.

The benefit of using radio waves over infrared or visible light is a comparative lack of interference caused by day-to-day obstructions/triggers of false alarms. Radio waves pass through unsubstantial objects such as spider webs, leaves and smoke, allowing radar equipment to focus on objects of significance. They also operate independently of the visible light spectrum, and thus work unimpeded by difficult light conditions.

A particular advantage of tracking the distance of objects is that radar can be set to operate within specific zones, for example within a fenced off area – again reducing false alarms from activity outside the perimeter. Read more about how a large shopping centre in Stockholm, Sweden and Broome County, NY, USA reduced their number of false alarms using a radar detector solution. In addition, it can detect motion across a far wider area than thermal cameras even if it does so over a shorter range. Radar comes in at a price well below that of thermal cameras and not far off PIR sensors.

There are strengths and weaknesses to go with all these motion detection solutions, and their effectiveness will be dictated by the situations in which they are used and the additional components that they are being used with. A visible light camera would be useless at night on its own, but the addition of a motion sensor-triggered light would vastly improve performance; you probably wouldn’t install an elaborate radar in a 4x4m office; and a PIR sensor would be of little use detecting intruders in a wildlife sanctuary (unless you wanted to detect wildlife). 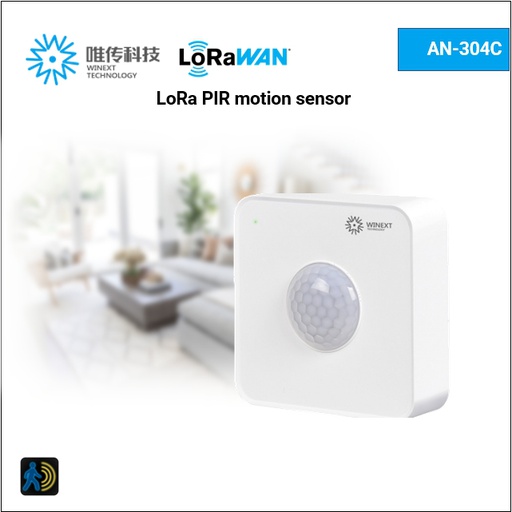