The WisBlock IoT hardware platform just keeps growing and growing. This RAK Autumn Launch event, we are introducing more WisBlock Modules which includes a new WisBlock Core based on the Raspberry Pi RP2040 chip and a new WisBlock Base board that is smaller and low power. Although most of the new modules are sensors, we also have a new cellular module which is an alternative to our previous cellular module and a green power module which allows you to use renewable sources, like small wind generator and solar panel.

Launching more WisBlock modules is very challenging at a time like this where we have global component shortage. In spite of that, we are full force and dedicated to building the WisBlock IoT ecosystem and we find ways to continue launching our new set of IoT modules. With more WisBlock modules available, you have more options for your projects and you can explore more IoT use cases. We also have design improvements in the new modules as we get feedback from our users. This article will sum up the new WisBlock modules in RAK Autumn Launch.

The highlight of this WisBlock launch is the RAK11310 WisBlock Core and the RAK19003 WisBlock Base Board. These two modules will definitely make the WisBlock ecosystem stronger and more flexible.

The RAK11310 WisBlock Core is powered by the Raspberry Pi RP2040 chip. It is based on a high-clocked dual ARM Cortex-M0+ which makes it a promising option for TinyML projects with the TensorFlow Lite Micro library already ported to it. The RAK11310 is one of the first modules in the market that interface LoRa communication capability with RP2040. It is a RP2040 chip and LoRa SX1262 radio in a single module. With this combination, use cases that require complex processing and long range communication are definitely possible.

The RAK19003 is the second WisBlock Base Board in the WisBlock ecosystem. It measures only 30mm x 35mm which makes it smaller than the first WisBlock Base Board RAK5005-O. To achieve this small footprint, a few module slots in the original RAK5005-O are removed which include the IO Slot as well as Slot C and Slot D. RAK19003 can only use small WisBlock modules that can fit on Slot A and B. Even with this size, there are already many applications that can be used with WisBlock with the rich offering of sensor modules in the RAK store. Even the WisBlock GPS Modules RAK1910 and RAK12500 can still fit on RAK19003.

Aside from the two modules above, another set of interesting modules are the RAK13101 WisBlock GSM/GPRS Module and RAK19004 WisBlock Green Power. The RAK13101 is the second cellular module in the WisBlock ecosystem. It uses Quectel MC20CE cellular modem which works in the GSM band (850/900/1800/1900MHz). RAK13101 will complement the other cellular module RAK5840 which only works on NB-IoT and LTE CAT-M1 service. The RAK19004 module offers a power source option to your WisBlock project that uses renewables like wind generator and solar panel. It doesn’t have any connection to WisBlock Base Board slot but its 5V output can be connected on the solar connector which can charge the Li-Ion battery in your WisBlock project. To complement these two modules, we have a new LED display RAK14003 WisBlock LED Bar Module which you can use to indicate voltage levels or threshold for your project.

The rest of the modules are various sensors which will add to your arsenal of sensor modules. One of these sensors is the RAK12006 PIR sensor module. PIR sensors are very popular so we don’t want to miss this in our list. It can detect human presence in a location and can trigger actions depending on the code you put in your WisBlock Core. Aside from the PIR sensor, we also have RAK12009 which is a generic gas sensor that is based on the popular MQ3 gas sensor. You can use this for relative measurements of gas presence in a certain area or location. Aside from sensing humans and gas, we also included a waterproof pressure sensor. It is the RAK12011 based on the LPS33HW chip from STMicroelectronics. The PCB of RAK12011 is conformally coated so it can be exposed to liquid with no harm on its functionality. When using the RAK12011, you will also need our new RAK19008 IO Extension module so that you can place the sensor away from the main WisBlock Base Board which is not waterproofed unlike the RAK12011.

Other modules included in the RAK Autumn Launch are the RAK16000, RAK12010, RAK12015 and RAK12012. RAK16000 is a current sensor that can be used in DC supplied systems like those powered by batteries. It has a default 100mohm shunt resistor and has a current reading detectable up to 3A. We also have a new ambient light sensor RAK12010 Module which is the second light sensor in the WisBlock ecosystem that offers a wider range of detectable light. It can measure up to 120000 Lux and is based on VEML7700 from Vishay Semiconductor. Another new sensor we have is the vibration sensor RAK12015. It is based on ANT-801S sensor which can detect micro shocks and non-direction limited. This can be an alternative to MEMS accelerometer for detecting vibrations and shocks. Another common sensor we have is the ultrasonic sensor RAK12007. It can measure distance or fluid levels via a TX and RX ultrasonic transducer pair. Last but of course not the least in our set of new modules is the RAK12012. It is the first health related sensor we have in the WisBlock family and it measures a person’s heart rate. It is based on the very popular MAX30102 chip which uses optical reflections to measure the heart rate. With RAK12012, you can easily monitor, save and read your heart rate measurements. You can even upload the readings to the cloud so you can access your heart rate readings anytime or even share it with your doctor.

With all these new WisBlock modules, we are confident that it will grow the WisBlock community. More modules are in the horizon for the WisBlock team so that more exciting and useful IoT applications can come to life. 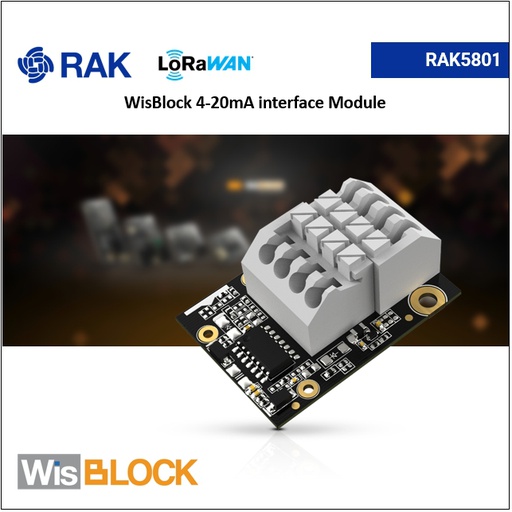 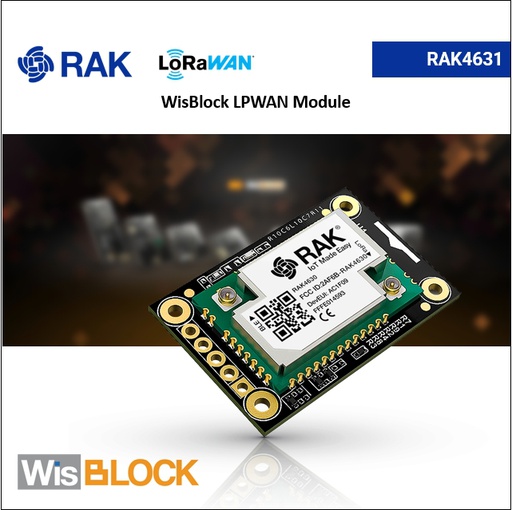 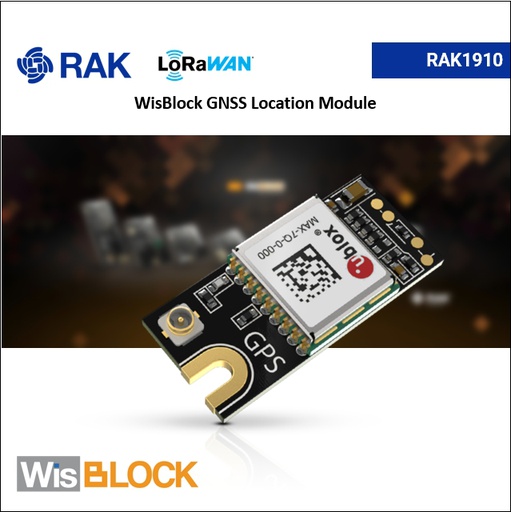 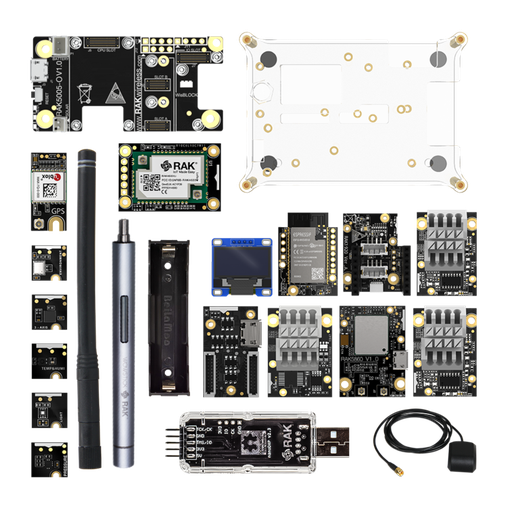 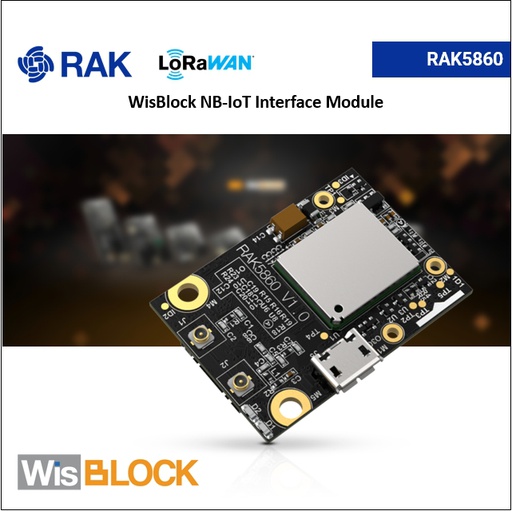 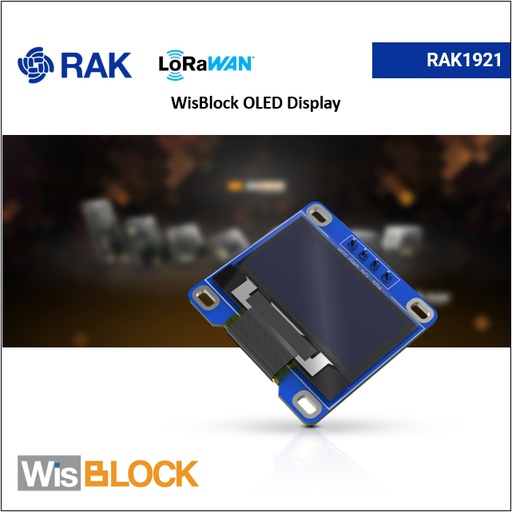 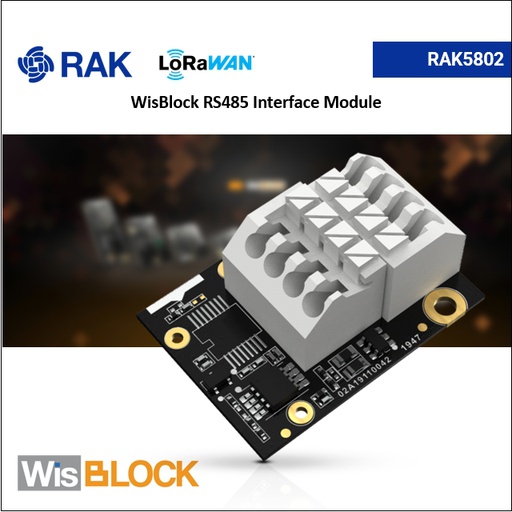 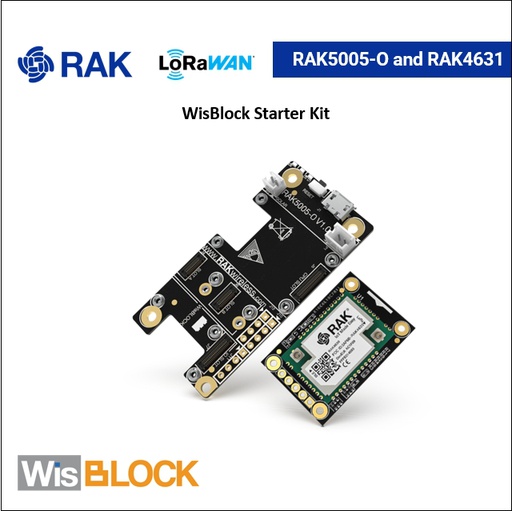